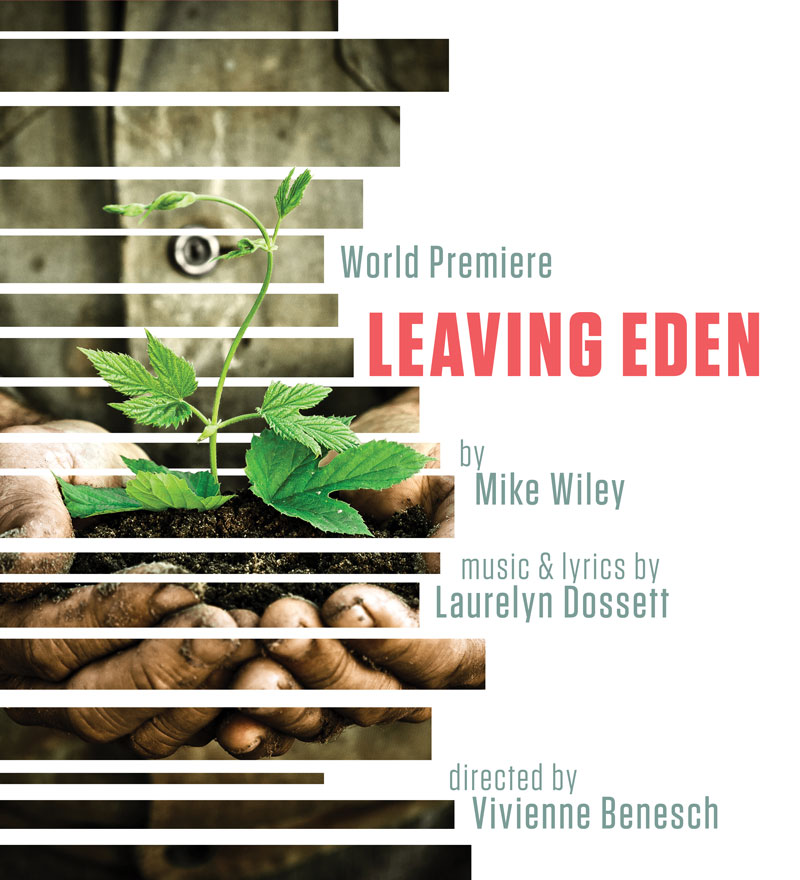 PlayMakers Repertory Company presents the world premiere of “Leaving Eden,” a play with music, script by North Carolina playwright and UNC-Chapel Hill alumnus Mike Wiley, and music and lyrics by North Carolina singer-songwriter Laurelyn Dossett. The production, the first fully commissioned work by the theater, is directed by PlayMakers’ Producing Artistic Director, Vivienne Benesch, and runs from April 4 to 22.

Two of North Carolina’s most vibrant, award-winning artists team up to bring us a searing new work that unearths the cycles of history in a small town where cotton is king in the 1930s, and pork processing keeps the town alive in 2016. Its black and Latino citizens are the backbone of the town’s economy past and present, so why are they also its most vulnerable to violence and hatred? As high-stakes elections loom during both time periods, the young, as ever, have a lot to fight for and a lot to learn.

“Leaving Eden” is an exciting new work that is part folk musical and part oral history fable in the tradition of the North Carolina theatrical style, the folk play, which originated at UNC-Chapel Hill in 1918 with the Carolina Playmakers.

“Staging a new work, like ‘Leaving Eden,’ and releasing it into the world is an amazing act of transition from my very personal journey of inspiration and interviews with several generations of North Carolinians over the past two years, to a shared vision with Laurelyn, Vivienne and the company at PlayMakers,” says playwright Mike Wiley. “As I’ve worked on ‘Leaving Eden,’ the common thing I’ve observed is a restlessness, a searching, we all have, for a place to call home. There’s a restlessness in these characters, and in this town, as they all go through that struggle to find home. How can they keep that place they live, that place they love? I hope this play helps people through their own search for home.”

“As I wrote the music for this play, I really wanted to evoke the sounds, the heart of North Carolina,” states songwriter Laurelyn Dossett. “Of course, the challenge was to capture the sounds of each era, from both 1933 and 2016, but in the process we unearthed this deep rumble that comes out of the river, out of the ground, and tells the history of time upon time on the same ground as it shifts and changes, and as its people shift and change.”

“It’s been an absolute joy taking on PlayMakers’ first full commission, an over two year journey that every corner of our company has invested in to create a work that speaks directly to our home, North Carolina, here and now,” says Vivienne Benesch. “This story evokes the cyclical nature of our often troubled relationship with immigration, otherness and the dehumanization that takes place when you’re needed but not wanted. The brilliance of Mike and Laurelyn’s work is that it serves up an unapologetic and complex view of history — full of love, violence, and racial tensions. Through its music and poetry, it makes space for us to see some truths and recognize the cycles of our behavior, offering a hymn of hopefulness for the future to break that cycle.”

“Leaving Eden” is recommended for audiences 13 and older. For information and to purchase tickets, call 919.962.7529 or visit www.playmakersrep.org. Individual ticket prices for “Leaving Eden” start at $15.