Carolina alumnus Jonathan Reckford is helping to eliminate barriers to affordable housing worldwide as the CEO of Habitat for Humanity. 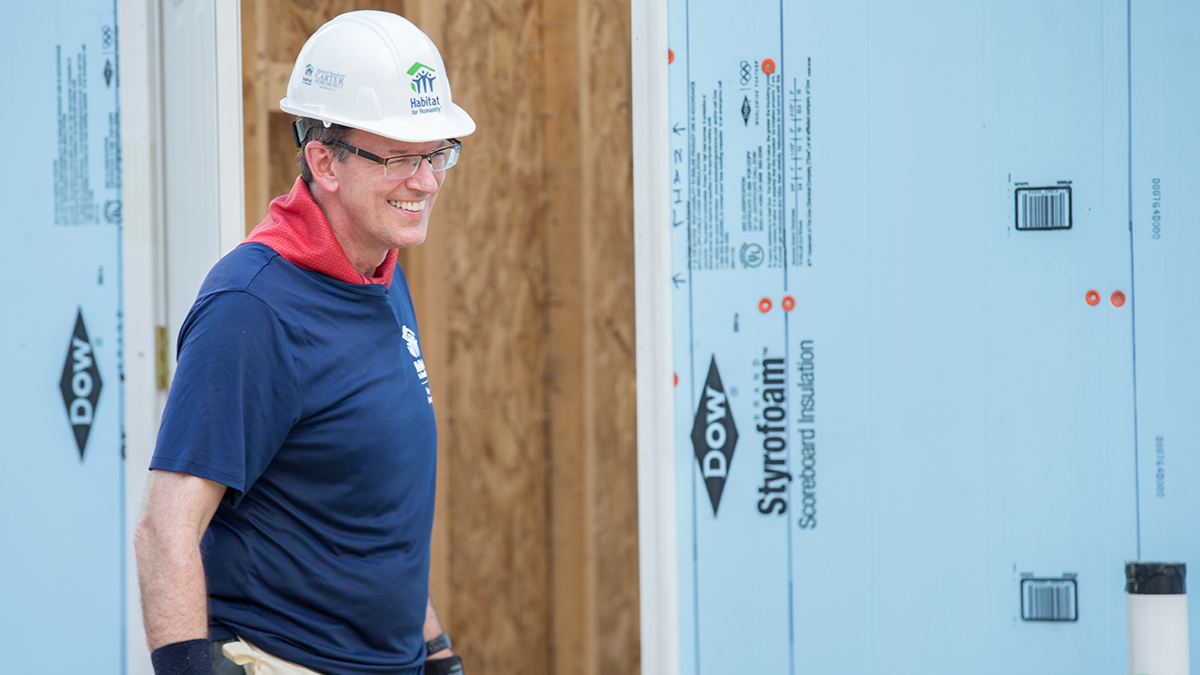 No matter where you live, you’ve probably heard of Habitat for Humanity, the international nonprofit that builds and improves affordable housing in partnership with people in need of a safe and decent place to call home. The organization has helped over 22 million people improve their living conditions in every U.S. state and in 70 countries since its founding in 1976.

The man behind the mission started his own journey right here at Carolina.

Before he was the CEO of Habitat for Humanity, Jonathan Reckford was a political science student in UNC-Chapel Hill’s College of Arts & Sciences. A Morehead-Cain Scholar, he graduated in 1984 with a world of opportunities ahead of him, but his road to becoming a C-suite executive was anything but predictable.

Reckford started his career on Wall Street, logging long hours in corporate finance. But something didn’t feel right about it, so he decided to make a change.

He moved to Korea on a Luce Scholarship and lent his marketing talents to the Seoul Olympic Organizing Committee, even coaching the Korean rowing team. Later, he’d take up management positions at companies ranging from Best Buy to The Walt Disney Company. He even spent two years as executive pastor of a local church. He never spent more than two years in one role or more than four years at one company — until now.

Reckford has now served as CEO of Habitat for Humanity for nearly 14 years, helping to eliminate barriers to affordable housing worldwide. Since arriving, Habitat has increased from partnering with 125,000 people per year to 8.7 million last year. Their mission is to one day create a world where everyone has a decent place to live.

During a visit to UNC-Chapel Hill in 2016, Reckford offered advice to current students and young professionals who want to chart their own course.

“We’re often bombarded with messages about the right resume, titles and next steps in finding the perfect job,” he said. “Instead, find a place where your gifts and skillset line up with something that matters in the world. Try as many things as you can. Learn as many things as you can. In doing so, you’ll find your purpose – and a career that will provide a sense of fulfillment long-term.”

In honor of the University’s 225th anniversary, University Communications will be sharing profiles throughout the academic year of some of the many Tar Heels who have left their heelprint on the campus, their communities, the state, the nation and the world.