Pulitzer Prize-winning play, which runs April 3-21, has a powerful new resonance in the #MeToo era.

PlayMakers Repertory Company presents the Pulitzer Prize-winning drama, “How I Learned to Drive” by Tony Award-nominated playwright Paula Vogel. The production, directed by Lee Sunday Evans, will run from April 3 to 21, 2019.

“How I Learned to Drive” is a heartbreaking, unflinching and unsettling tale that follows Li’l Bit, a sexual abuse survivor, as she unearths and untangles complex and troubling memories of her youth and abuse at the hands of her uncle. Seen through the lens of the #MeToo era, playwright Paula Vogel’s powerful drama is an all-too relevant reminder of the importance of reclaiming one’s own narrative, but also how uncomfortable that process can be.

“When Vivienne told me she had programmed ‘How I Learned to Drive’ in Playmakers’ current season, I thought it was a brilliant, timely choice,” said director Evans. “We talked about what it would mean to create a production of this story now, in the midst of the large-scale, public reckoning with imbalanced sexual power dynamics that’s going on. I have been enormously inspired and influenced by Paula’s writing through the years and I felt this production would be an opportunity to explore how live performance can uniquely create a communal, public space to meaningfully engage with some of the most private, personal episodes in one’s life. We need these public spaces right now –- where we are not alone with the raw, uncomfortable, complicated experiences that get unearthed when we start to open up about our personal histories.” 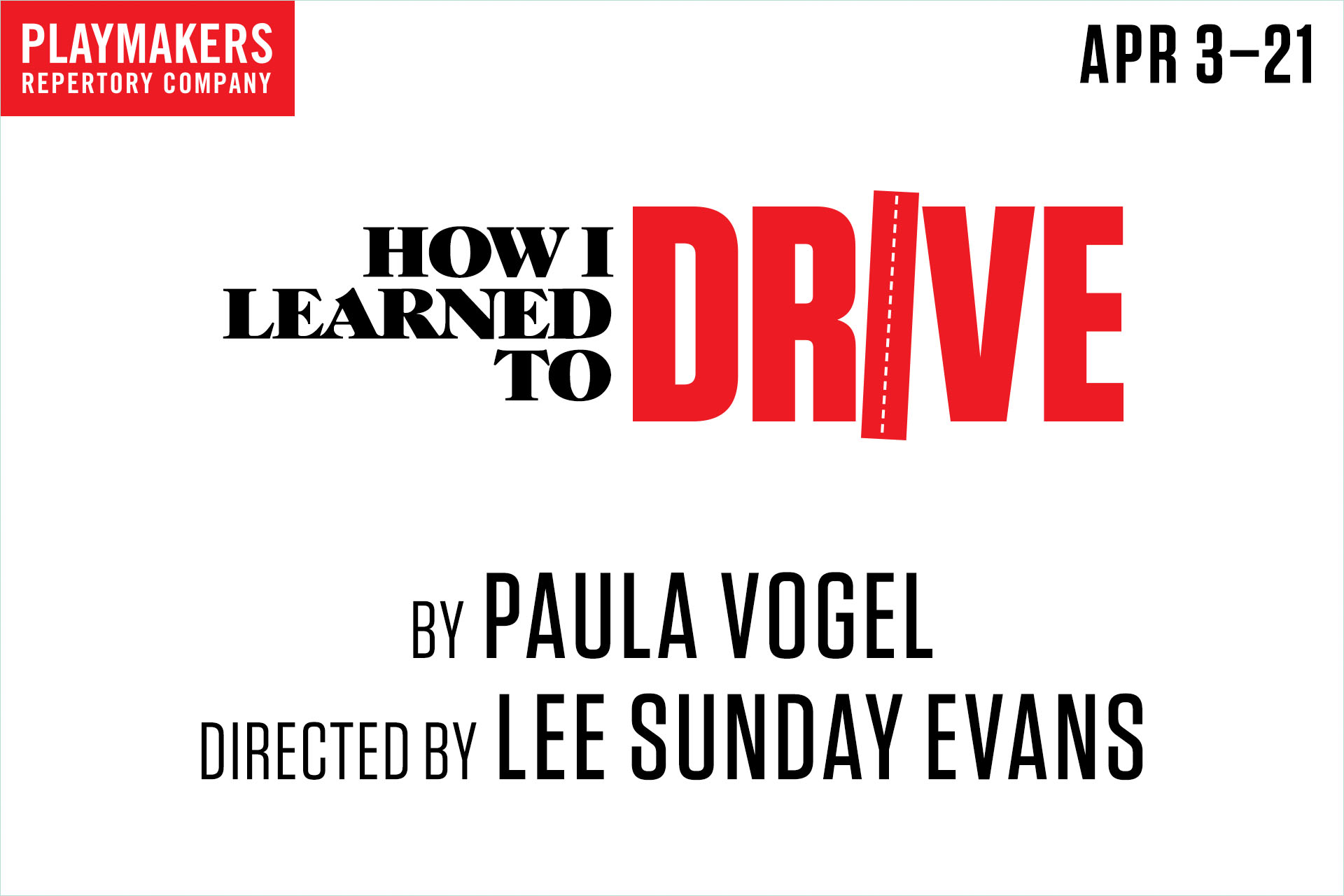 “In this season of shifting ground, it feels very right to close out our 2018/19 main stage season with a groundbreaking playwright, Paula Vogel,” said Vivienne Benesch, PlayMakers’ producing artistic director. “Paula has never shied away from tackling stories that have been ignored or pushed to the boundaries by other mediums. ‘How I Learned to Drive’ is one of those stories that digs deep into a subject that is messy, complicated, painful, and all-too pervasive, and makes us lean forward and examine our own experiences and perspectives. I am eternally grateful for the amazing Lee Sunday Evans, and our own Julia Gibson and Jeffrey Blair Cornell for taking on this tough and painfully relevant story with such sensitivity and a quiet, true brilliance.”

“How I Learned to Drive” deals frankly with issues of sexual abuse and incest. All patrons are encouraged to use their own discretion in determining the appropriateness of the material.

For information and to purchase tickets, call 919.962.7529 or visit www.playmakersrep.org. Individual ticket prices start at $15, with discounted tickets for UNC students.