In this week’s episode of UNC’s Well Said podcast, assistant professor Nicholas Law from the physics and astronomy department discusses the Evryscope, how he and his team use it to monitor 50 million stars and what they’ve found so far. 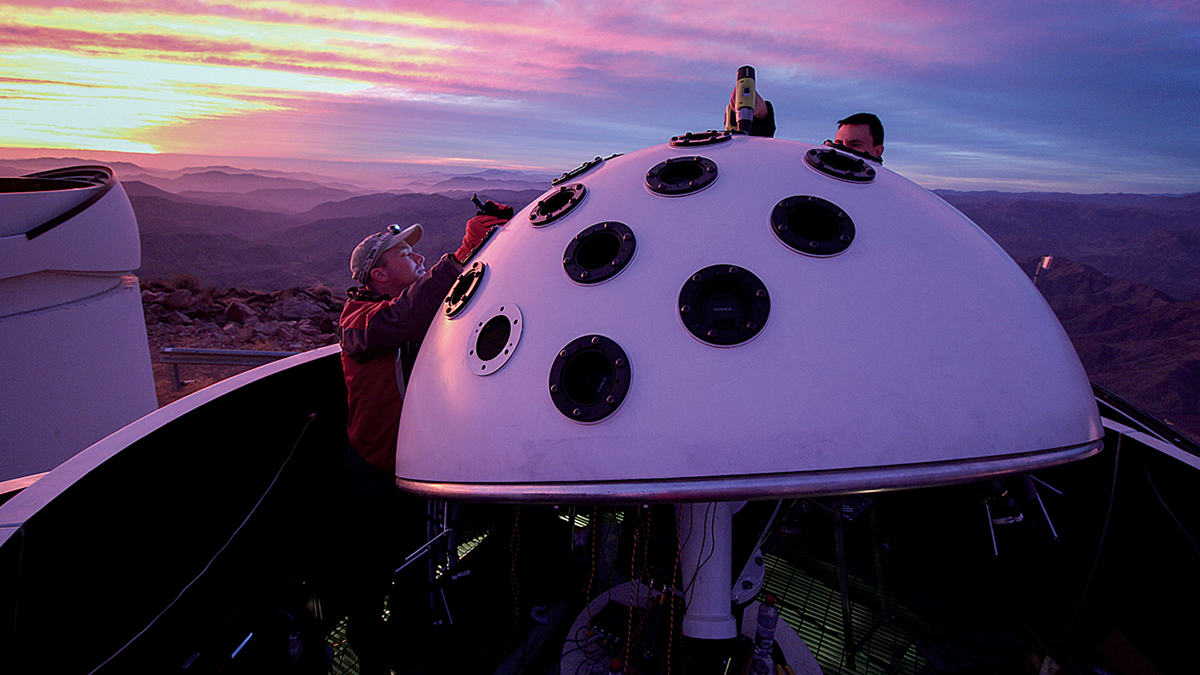 Are there other Earth-like worlds in the universe at the right size and with the right atmosphere to support life?

Carolina astronomers are trying to figure that out right now.

One candidate for such a planet is Proxima b, an exoplanet that orbits the closest star to our sun. Carolina researchers conducted a study using a first-of-its-kind telescope, called the Evryscope, that sheds new light and poses questions about whether or not that planet could support life.

Graduate student Amy Glazier of the physics and astronomy department has recently been using the Evryscope to find the nearest “Tatooine”-type worlds to Earth. With the Evryscope imaging the entire sky every two minutes, she can measure the small variation in the time taken for one star of a binary system to eclipse the other due to the gravitational influence of circumbinary planets perturbing the stars’ motion.

In this week’s episode, assistant professor Nicholas Law from the physics and astronomy department discusses his Evryscope, how researchers use it to monitor 50 million stars and what they’ve found so far.

Listen to this episode on SoundCloud or wherever you get podcasts.

Read a transcript of the episode.

Join UNC Communications every Wednesday for Well Said to hear from students, faculty, staff and alumni.