Michele Kelley took her first physics course in college, and only because it was required for her aerospace major.

“After I took the first class, I officially switched my major,” she says. Now, the UNC-Chapel Hill doctoral student in physics and astronomy is learning how to apply physics toward developing new imaging tools for studying conditions such as obesity and cystic fibrosis.

Kelley, who has both a Royster Fellowship and a National Science Foundation Graduate Research Fellowship, is also seeking ways to encourage others to pursue science. “It seems to me that there is this invisible knowledge barrier that keeps a lot of people out of science,” she says. “Being able to share my experience and make the way easier for others by breaking down this barrier is why I am passionate about mentoring.”

Read more of what she shared with Carolina Graduate School Magazine below: 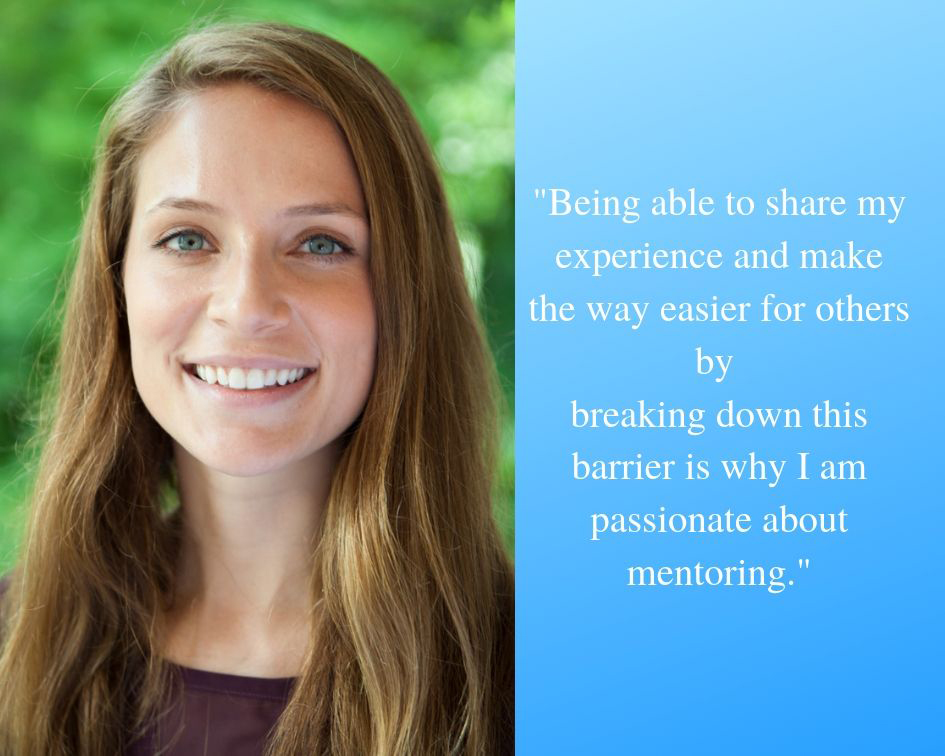 My path into physics was quite unconventional. I never took physics in high school. In fact, I entered Middle Tennessee State University, where I completed my undergraduate degree, as an audio production major. I almost immediately dropped that major and went undeclared for as long as I could. When I had no other choice but to declare a major, I chose aerospace as I had always loved math and thought it might be a good way to apply it. It was because of that somewhat random decision that I had to take a physics course. After I took the first class, I officially switched my major. It was very clear to me where I belonged.

I visited several universities when selecting where I would pursue my Ph.D., but again, it was clear to me where I belonged – here at Carolina. I immediately felt a sense of community and a large part of that was due to the Royster Society of Fellows. Also, though my department at Middle Tennessee State University was very female friendly, I was the only woman in my year. I think that lacking a feeling of belonging is something that a lot of women and other minorities in STEM deal with. Here at Carolina, I have a relatively large cohort of women in my department, which is a wonderful source of support and encouragement. They have truly made a difference in my graduate experience and I am thankful for being a part of a department that is actively recruiting women and minorities.

I work in Rosa Tamara Branca’s lab, which focuses on developing new methodologies for magnetic resonance imaging (MRI) and spectroscopy. In conventional MRI, like the sort that a physician might order, the image comes from all the hydrogen that is naturally abundant in the human body. We seek to use other imaging agents, specifically xenon gas, as it can provide information that hydrogen cannot. For instance, our lab is very interested in brown adipose tissue. This is the good fat that helps regulate energy expenditure, which makes it a prime target for the next generation of antiobesity drugs. It is also the tissue that allows babies who cannot shiver and bears that hibernate in the winter to stay warm. The problem is that we still do not know a lot of about its role in adult humans, both how much mass there is and how active the tissue is, especially in target populations, such as people who are overweight and obese. Using a technique called hyperpolarization, we are able to use xenon to image this tissue and monitor its activation in rodents. Additionally, as a gas, xenon MRI can also give information about lung ventilation defects in conditions such as cystic fibrosis, but without the radiation of a CT. Behind these important applications is really interesting physics.

I like the idea of staying in academia, as I would like to mentor students, but I know that it is not the only career with that opportunity, so I am trying to keep an open to mind to all possibilities.

You are involved in mentoring other students, particularly encouraging females to study science. Tell us why this is so important to you.

As I described, I took a bit of a winding road to science. Honestly, it was not until I was forced into a physics class that I actually knew that it could be a career. In the beginning, I had no idea how to get into research or about how graduate school worked or anything like that. I just always had the attitude that I was going to apply for every opportunity, even when I felt way underqualified. This approach worked out well for me. My younger sister just went through the process of applying to graduate school and as she was asking me all these questions about what to do, I realized exactly how much I had to figure out on my own when I was going through the process. It seems to me that there is this invisible knowledge barrier that keeps a lot of people out of science. Being able to share my experience and make the way easier for others by breaking down this barrier is why I am passionate about mentoring.

How are your Royster Fellowship and National Science Foundation Graduate Research Fellowship supporting your research at UNC-Chapel Hill and career goals?

The greatest aspects of these fellowships are the opportunities and the communities that they provide. Within the Royster Society of Fellows, I get to spend time discussing important issues, such as graduate education and the importance of building a mentoring network, with students across many disciplines. The National Science Foundation Graduate Research Fellowship gives me freedom to research the questions I find interesting, which is one of the greatest things you can give to a scientist. I am incredibly grateful for both.

By The Graduate School