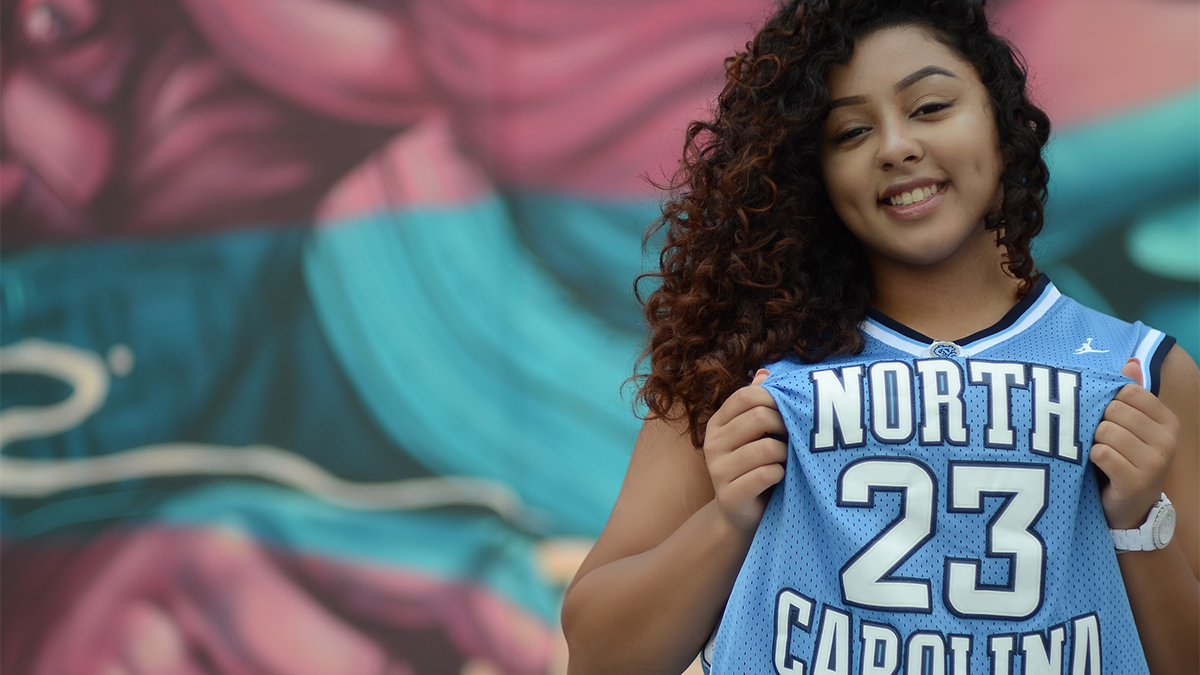 Not many college applications have a resume quite like Jordan Epley’s.

Not only does the incoming first-year student have a great academic record from her international school in Thailand, but her extracurricular activities include participating in Thailand’s version of the popular televised singing competition The Voice and earning the MVP title in Thailand’s junior NBA league.

But all those accomplishments pale in comparison to getting into Carolina, Epley said.

“I was in middle school when I said, ‘I want to go to the University of North Carolina,’” she said. “I was dead set on it, and I have been ever since.”

She doesn’t remember what first drew her to the school — whether it was Michael Jordan and Carolina athletics, or if it was UNC-Chapel Hill’s reputation as one of the most academically competitive schools in the world — but she’s been wearing her Carolina blue proudly for the past seven years.

The night she found out she was accepted to Carolina was one of the best of her life — a high bar for someone who has performed in front of 5,000 people as the opening act at a Nelly concert.

“I had a feeling the decisions had come out, so I checked the admissions portal but wasn’t expecting much,” she said. “I was scared I wasn’t going to get in. But I opened it, and it said, ‘Congratulations! You’ve been accepted,’ and I started freaking out. It was 12 in the morning, and I woke up my grandma. And that’s when I knew I was going to the University of North Carolina at Chapel Hill.”

Epley, who spent the first six years of her life in the United States before moving to Thailand with her family and grandparents to be closer to family roots, is excited to experience a new environment in Chapel Hill.

“Here in Thailand, I have so many friends from different countries — Brazil, Peru, Ghana, Korea — and getting to know their stories. It’s really interesting,” she said. “Everybody knows everybody here, and when I get to Carolina, it’s really going to be the first time that I’m not going to know everybody, so I’m excited to meet new people and learn about their backgrounds and how they live.”

In addition to joining an intramural basketball team and maybe an a cappella group on campus, Epley looks forward to studying neuroscience. She’s always gravitated toward science and psychology, and at Carolina, Epley plans to start her journey toward becoming a pediatric neurosurgeon.

Becoming a pediatric neurosurgeon won’t be easy, but Epley says she is ready.

“I know it will be challenging,” she said, “but if I don’t have challenges, I get really bored. I like to push myself in everything I do.”