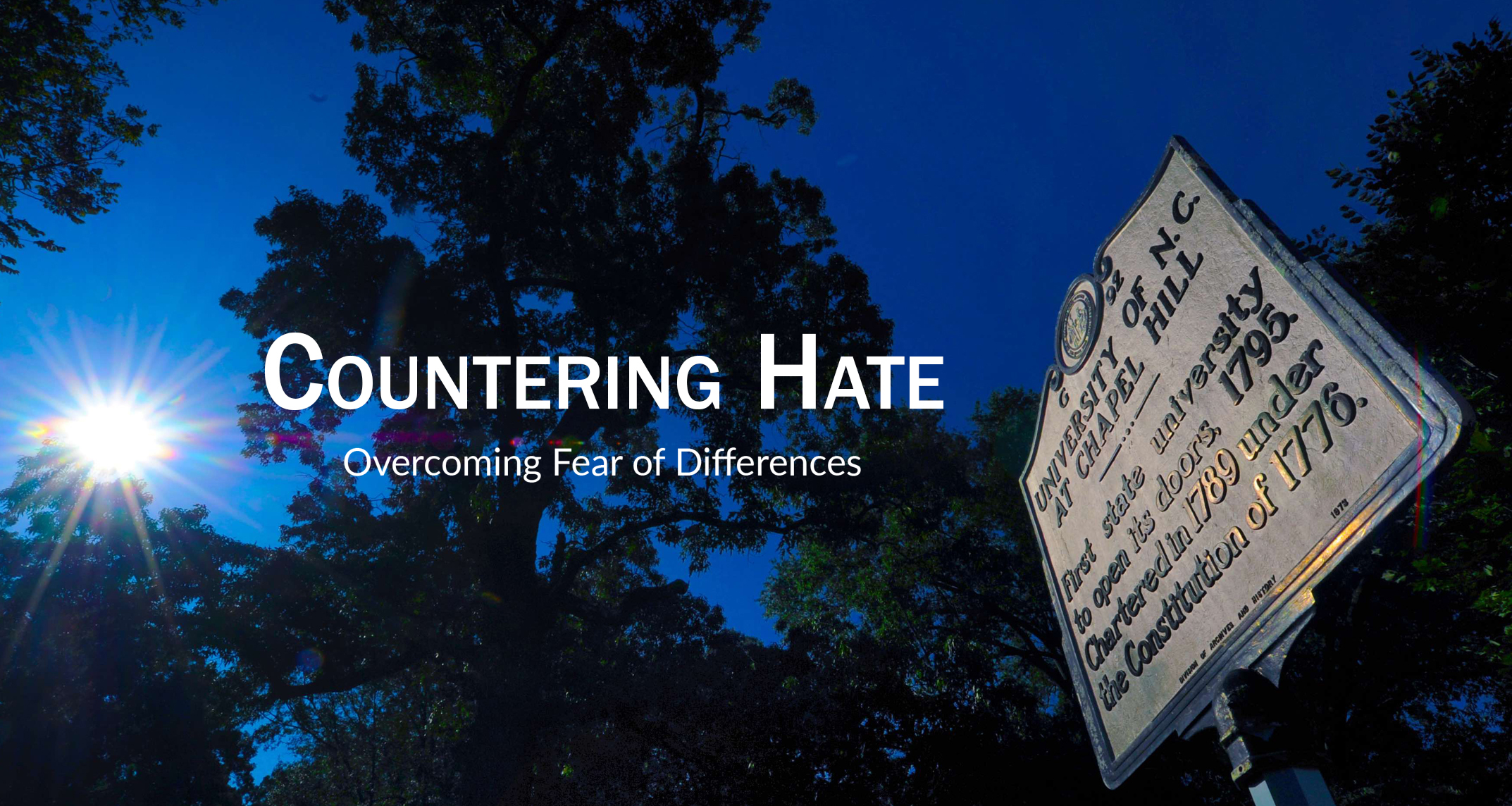 Under the leadership of Interim Dean Terry Rhodes, a new initiative called Countering Hate: Overcoming Fear of Differences launched this fall in the College of Arts & Sciences to foster community and understanding and help students discuss difficult topics.

Like others across the country, the UNC-Chapel Hill community has experienced painful incidents of racism, antisemitism and Islamophobia. The College is sponsoring programming, and in spring 2020, courses to better understand these troubling topics.

“Through Countering Hate, we will be considering questions such as: What developments and conditions lead to the rise of hate groups and acts of violence, and what can we as a community do to effectively address these sentiments of hate when they do arise?” said Rudi Colloredo-Mansfeld, senior associate dean of social science and global programs and co-chair of the Countering Hate initiative.

“Interim Chancellor Kevin Guskiewicz has recently talked about Carolina’s new strategic plan, with its first and most important goal of ‘building community together.’ This initiative is one way we are working to strengthen the Carolina community,” he added.

The initiative’s signature event is a lecture by Kenneth Stern, director of the Bard Center for the Study of Hate at Bard College, on Nov. 7. Stern will discuss “Understanding Antisemitism as a Form of Hate” at 5:30 p.m. in the FedEx Global Education Center’s Nelson Mandela Auditorium.

Stern has argued before the U.S. Supreme Court and testified before Congress. He was an invited presenter at the White House Conference on Hate Crimes and an official member of the U.S. delegation to the Stockholm International Forum on Combating Intolerance. For 25 years he was the American Jewish Committee’s expert on antisemitism. Since 2018, he has been the director of the Bard Center for the Study of Hate.

On Nov. 13, the initiative is sponsoring a talk, “Painful Hope: An Israeli Settler and Palestinian Activist in Dialogue,” at 7 p.m. in Dey Hall’s Toy Lounge.

On Oct. 5, at a “More in Common” workshop for student leaders, participants learned about an unlikely friendship between a Kurdish refugee and a U.S. military veteran/reformed white supremacist. The two friends shared their story of combating hate and bridging divides.

On Oct. 11, a forum, “Difficult Discourse: The Language of Confederate Monuments and Racial Conflict,” was led by linguistics professor Misha Becker and political science professor Mark Crescenzi. The scholars received a Countering Hate grant to help support the project, which was also part of the College’s Reckoning initiative.

The College has awarded two rounds of grant funding for courses and programming linked to the Countering Hate initiative. Some examples of funded projects include:

In addition to Colloredo-Mansfeld, the Countering Hate steering committee includes: