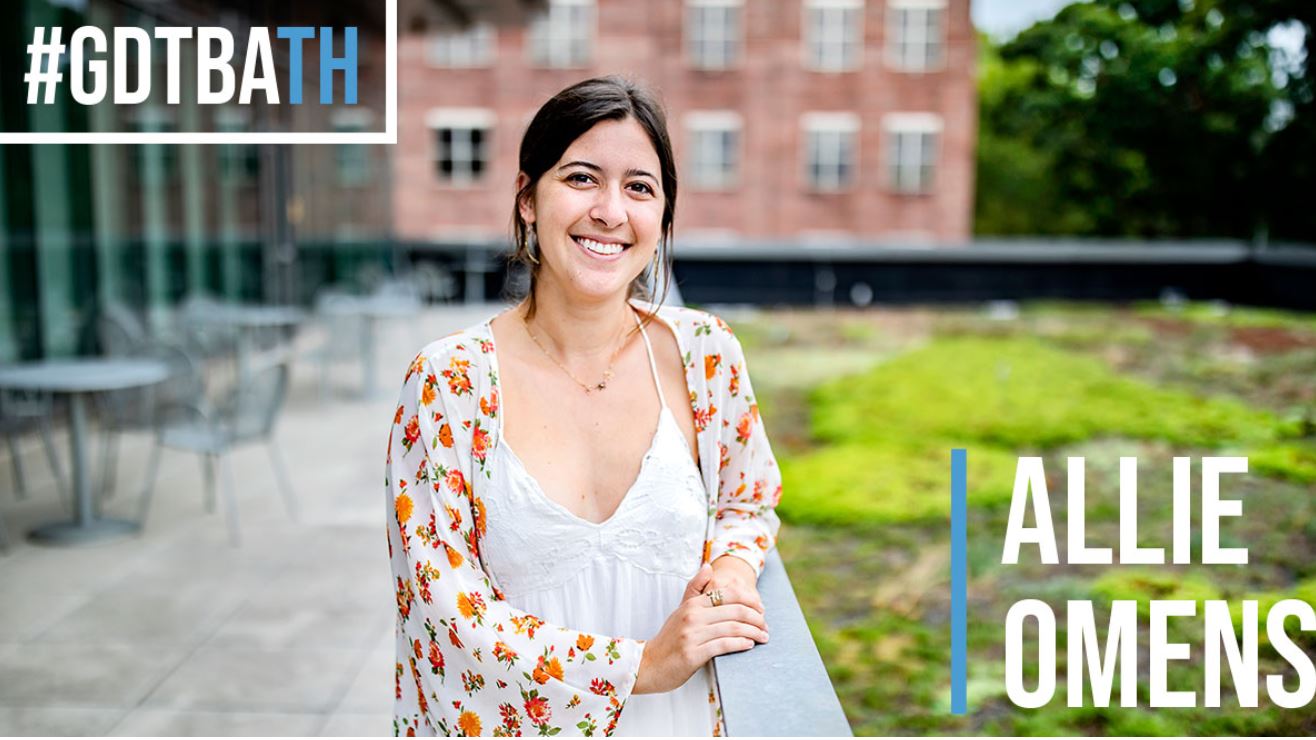 Environmentalism and sustainability have been engrained in Carolina senior Allie Omens for as long as she can remember.

When she moved from San Diego to attend Carolina in 2016, she brought those two passions to Chapel Hill and has been tackling pressing environmental issues in the community for nearly four years.

“Environmentalism has always been an accepted thing for me, but it’s not like that everywhere,” said Omens, a public policy and environmental studies major.. “When I got to Carolina, I found some people on campus who think like I do, and I’ve wanted to make change from there.”

That’s why she is this year’s recipient of the Three Zeros Environmental Initiative Leadership Award. The annual recognition is awarded to students who have advanced Carolina’s commitments to reducing its environmental footprint.

“Waste is a really tangible problem,” Omens said. “People deal with and create waste every single day, and yet they don’t really think about it. I challenge those around me to consider solutions to waste, thinking of it as an opportunity to redefine our consumer values.”

As the sustainability co-chair for Carolina Thrift, Omens helped create an off-campus collection system for items like furniture and home décor, which students normally throw away at the end of the school year.

The items are then sold at a discount sale at the start of the school year for students to buy for their residence halls or apartments. The proceeds from the sale support the Carolina Thrift’s Sustainability Fund, which helps other student organizations launch sustainable projects of their own.

The process, Omens said, has created a “circular economy,” or a closed-loop system aimed at reducing waste and designing products to be continually recycled and reused.

Omens is now working to spread that model beyond Carolina.

Last month, Omens organized a conference that brought business and government leaders together to explore how circular economy practices are being used to address real business needs in the U.S. and around the globe.

“My idea for this event started out as just that: an idea,” Omens said. “This idea was to prioritize the uncomfortable conversation that our economic system is not working for us in the long term. I believe that Carolina is ready to have this conversation.”

Omens is also the president of Carolina’s environmental honors fraternity Epsilon Eta, where she leads a group of nearly 70 students in various environmental projects, including installing solar panels in low-incoming communities in Southern California.

“I want to continue to move the needle on knowledge about waste reduction and opportunities in innovation for solving environmental issues,” Omens said.