Contagion and the Shakespearean Stage (Palgrave Macmillan), co-edited by Mary Floyd- Wilson, Bowman and Gordon Gray Distinguished Term Professor and chair of the department of English and comparative literature, is a collection of essays that explores what constituted contagion in the minds of early theater-goers in the absence of modern germ theory. We recently chatted with Floyd-Wilson about the relevance of the book in light of the current COVID-19 pandemic.

Q: Can you give us a brief synopsis of what the book is about?

A:  I co-edited Contagion and the Shakespearean Stage with my colleague Darryl Chalk, who’s a fellow Shakespearean in Australia. The essays consider how playwrights and early modern audiences understood what constituted contagion at this time in the absence of modern germ theory.  Some contributors examine proto-scientific theories, such as miasma, which held that the bad smells from rotting matter could transmit infection to people; others identified how new concepts of disease transmission by means of tiny invisible agents, developed by physicians such as Fracastoro and Paracelsus, anticipated a more modern understanding of pathogens. But in all cases, scholars observe that ideas of contagion in this period shaped how people interpreted a range of experiences and practices well beyond disease and medicine, including excessive passions, rhetoric, religious belief, social interaction and moral behavior. The theaters, which were regularly shut down when plague deaths soared, had a reputation for spreading not only disease but also sin and insubordination. 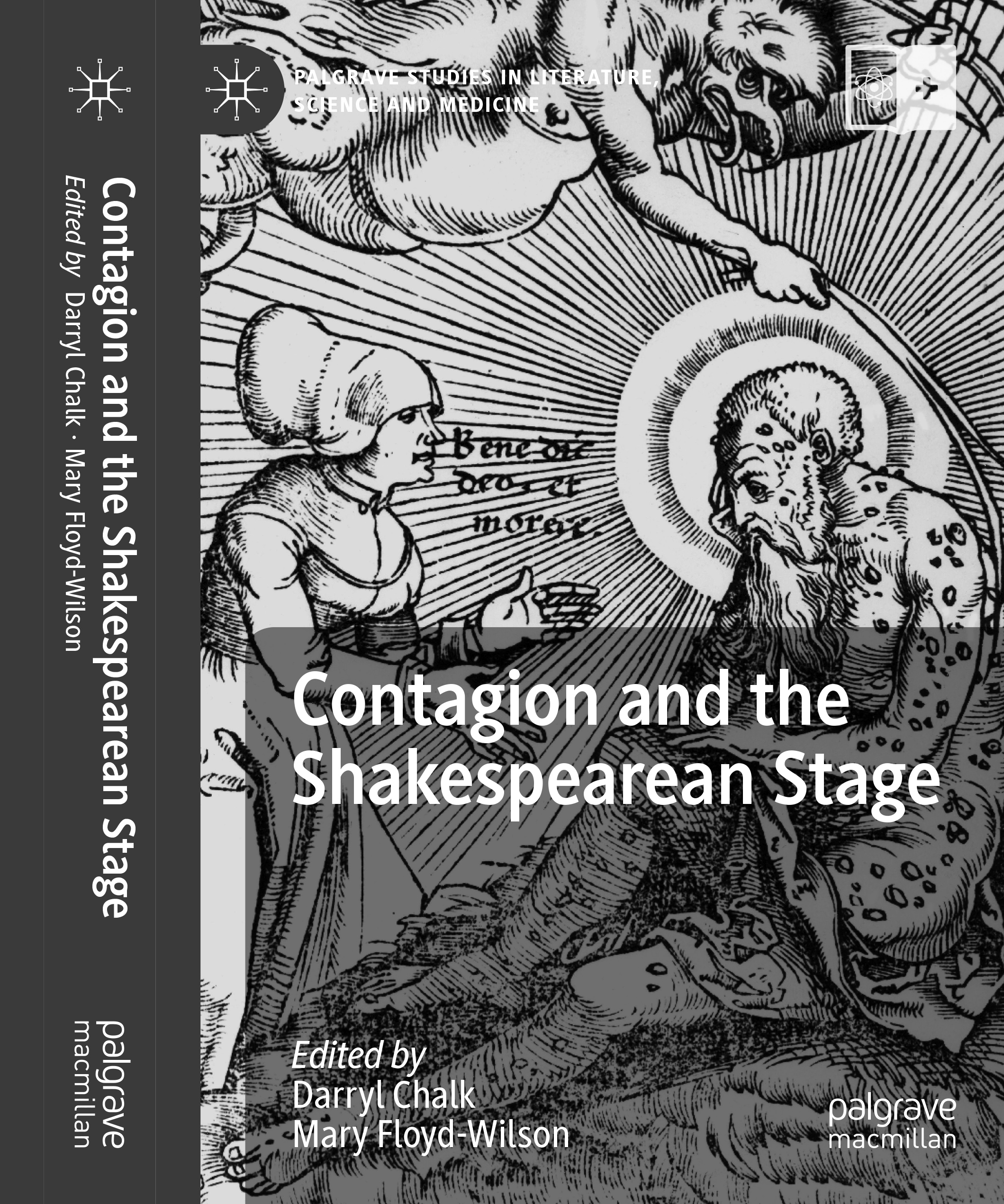 Q: In the absence of modern-day medicine, what constituted “contagion” in the minds of Shakespeare and his peers?

A: Predominantly, people believed that rotting organic matter produced bad odors or smells that could infect people with disease. At the heart of this notion, however, was an idea of sympathetic contagion, which suggested that the afflicted were already “apt” or primed to receive the infection. Whether the internal corruption derived from imbalanced humors or moral depravity, already corrupted bodies were understood to attract external corruption.

Q: With COVID-19 becoming a very real part of everyone’s lives right now, how does this illustrate the timelessness and timeliness of these important works?

A: I think the biggest “take-away” that we can find in examining early modern representations of contagion derives from what I would identify as plague “habits of thought.” Shakespeare’s contemporaries, for example, cast crowds as dangerously infectious. They censured the rich as immoral when they fled the cities in times of plague. They anxiously watched for signs of the plague in various forms — “tokens” on the sufferers’ bodies, quarantined houses marked with crosses, rising numbers in the bills of mortality, fiery impressions in the firmament, the increased presence of frogs, spiders and gnats, children playing in groups — all of these phenomena suggested that members of their community were death-marked. Premonitions of death lurked everywhere. Plague culture produces questions about vitality itself. People do not simply fear infection; they fear how their own internal corruption may invite infection. Such fears produce a habit of thought in which the living can be construed as the walking dead.

Q: In Shakespeare’s works, which plays come to mind where this idea of “contagion” is a key thread throughout the plot?

A: Hamlet, Measure for Measure, Troilus and Cressida, Twelfth Night and Romeo and Juliet.

Q: Are there lessons we can learn from examining these works that we can apply to how we are all feeling today in the midst of this pandemic?

A:  In the same way that Shakespeare’s contemporaries developed plague habits of thought, we are constructing COVID-19 ways of thinking, not only from how we understand the transmission of the disease (which varies depending on our sources of information) but also from how we experience and practice quarantine and social distancing. The federal government’s response to the pandemic in the U.S. has unfortunately derived as much from magical thinking as solid scientific fact. Both information and misinformation shape how individuals respond to the threat of infection. We, like Shakespeare’s contemporaries, see how the privileged classes have better access to safety and health. We can also see how rapidly panic, scapegoating and blame become contagious in the face of a pandemic. As our circumstances worsen, this pandemic may radically alter people’s primary fears, belief and political perspectives, and much of this thinking will be influenced by competing narratives about how to read signs and interpret evidence.

Q: You participated in a recent Carolina Public Humanities Virtual Happy Hour: “So Much Drama: Theater in Times of Crisis.” What key takeaway did you have for participants?

A: I primarily discussed Shakespeare’s play, Romeo and Juliet, one of the few plays from the period that inserts the plague as a plot turn (the Friar Laurence’s letter is delayed in getting to Romeo because his messenger, Friar John, cannot leave a quarantined house in Mantua). I discussed how Shakespeare’s tragedy represents plague habits of thought: both the family feud and the plague invoke questions of God’s punishment; Juliet fears the infection of bad air in her family’s tomb; Romeo repeatedly anticipates his own death; both the apothecary’s impoverished state and the Friar’s potion underscore the failure of remedies. I discussed in particular how the lovers’ reckless haste stems from a pervasive fear of imminent death. How, I asked, do the young embrace life when death threatens to be one’s bride or groom?