Bookmark This is a feature that highlights new books by College of Arts & Sciences faculty and alumni, published on the first Friday of every month during the academic year.

Note the companion website for the book, https://uncatoz.com, developed by the Digital Innovation Lab in the department of English and comparative literature.

Moore responded to our questions below. 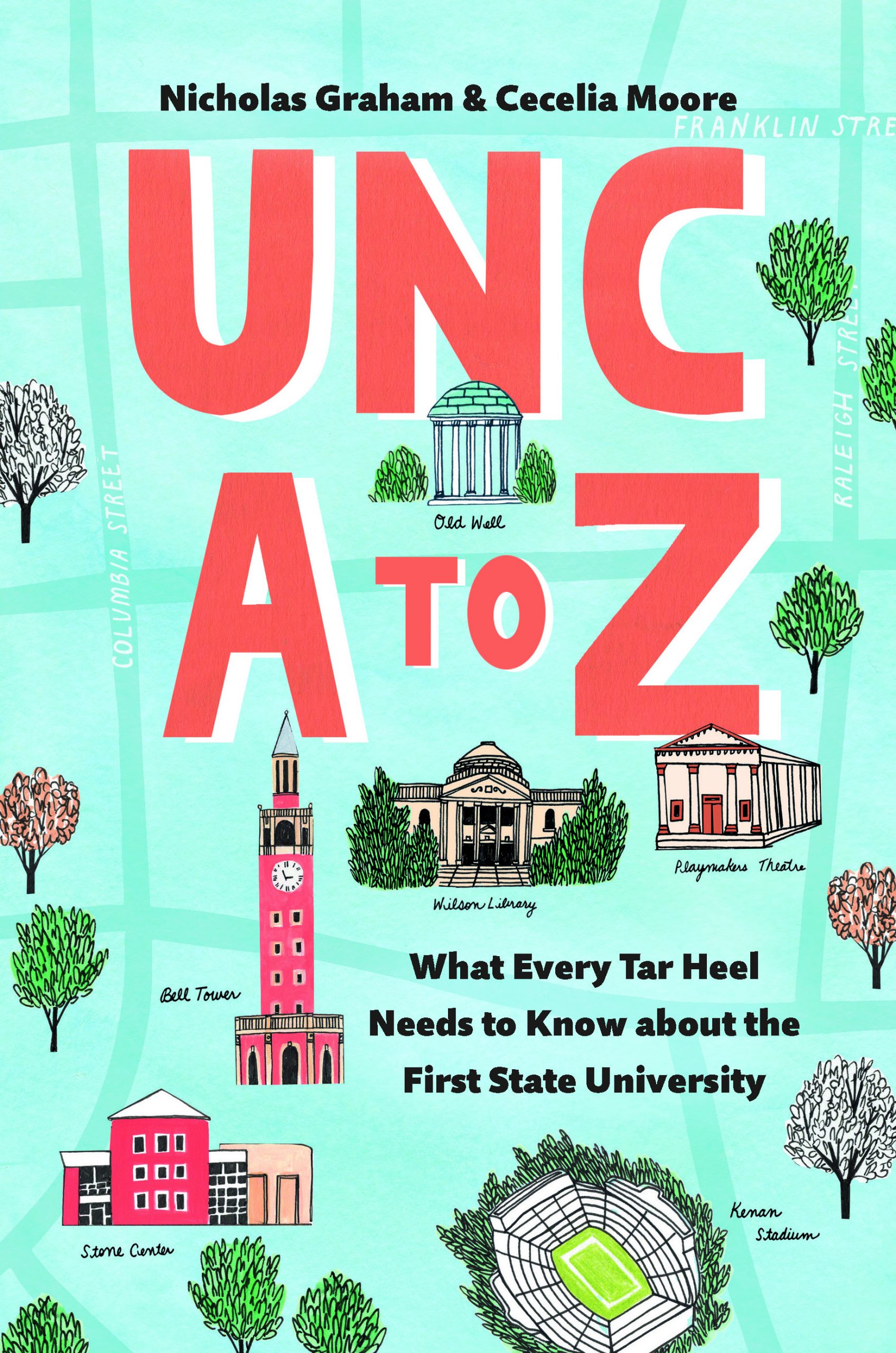 Q: Can you give us a brief synopsis of the book?

A: UNC A to Z is a concise, authoritative introduction to UNC-Chapel Hill’s history and culture. It is for anyone who is new to the campus and community, as well as for Tar Heel alumni who want to learn more. The book includes more than 350 entries and images that feature Carolina people, places, events and traditions. We wanted the book to be a place for a first look at Carolina and also as a launching pad that would inspire students, researchers and anyone else who is curious to explore and learn more about Carolina on their own.

A: In my work as university historian and in Nick’s job as university archivist, we were frequently called upon to answer questions about UNC’s history, often in relation to current events. We were both very aware that the existing histories of UNC were long out of date. They were of little use in an era when universities across the country, including Carolina, were starting to explore their historical ties to slavery and Confederate symbols. Putting this book together encouraged us both to write more about what we already knew and to delve more deeply in subjects that we cared about but had not known much about before. For example, while I had written about the origins of drama at UNC (The Federal Theatre Project in the American South: The Carolina Playmakers and the Quest for American Drama), writing new entries about PlayMakers Repertory Company, Carolina Performing Arts and the defunct RTVMP (Radio, Television and Motion Pictures) department, allowed me to learn more about the arts in campus history.

A: As I mentioned, in recent years people have become more interested in exploring UNC history. This was the result I think of a long process that included Wilson Library’s landmark exhibit in 2005 on Slavery and the Making of the University. Since then, librarians, faculty member, and students have developed any number of exhibits and digital projects based on UNC history which have helped to make the many stories more accessible.

And yet as we both fielded questions, especially from students, and watched as researchers eagerly explored the primary sources that were becoming available online, we became convinced that there was a definite need this kind of a new resource.

A: Sometimes the simplest-seeming question can be the hardest to answer. For example, why UNC’s sports teams are known as Tar Heels. Despite extensive research on our part, we still haven’t figured out the exact moment when that decision was made. You’ll have to read the entry to learn more.

A: Indoors — Graham Memorial lounge. Outdoors — the tables outside of the Daily Grind when it was still in Student Stores, on summer mornings before the campus got busy. I don’t know that I have ever had writer’s block, although sometimes I have to figure out the shape of the narrative. What works best for me is to get outside and walk; and of course, the campus is an ideal place for doing that.

Moore and Graham are both Carolina alumni. She is the retired university historian and he is the university archivist.

Nominate a book we should feature (published in about the last six months) by emailing college-news@unc.edu. Find some great books to add to your reading list by checking out our College books page.