Within the study of anthropology, UNC-Chapel Hill doctoral student Sierra Roark specializes in archaeology. That can mean, she says, that people think she hunts for lost treasures. Her work, however, investigates the relationships between Native peoples and plants before and during the colonial era, when Europeans arrived in the Piedmont region of North Carolina and Virginia.

Through her research, Roark is unearthing evidence for how Siouan-speaking peoples lived during uncertain times that included the arrival of devastating diseases. By carefully examining artifacts and plant remains, she is learning about how people responded to past conflicts, epidemics and changing economic structures.

This research has very much informed her collaborative work on a UNC-Chapel Hill anthropology research project focused on a modern-day crisis: COVID-19.

After hearing from students in the spring who were relocating to housing that was not secure or who were worried about a loss of income or access to technology, O’Connell designed a study focused on student experiences. “We started thinking about the ways the pandemic would impact students for a long time and contribute to insecurity around housing, food and work,” O’Connell says.

The team created a survey, which was made available to students and their friends, family and colleagues in May. The graduate student research assistants were able to draft some questions specific to their own areas of study, O’Connell says. Of the 258 respondents (all anonymous), 78% were N.C. residents.

In both May and June, the researchers distributed a follow-up survey. They currently plan to share findings in late July, after fully analyzing the data.

“Without the participation of graduate students in design and implementation,” says O’Connell, “this study would not have launched in time to capture important longitudinal data with the goal of looking for changes in how students and their families are impacted by the COVID-19 pandemic over time.”

Students are experiencing and responding to the pandemic in different ways, Roark adds. “We’re interested in highlighting how perceptions and behaviors change or stay the same, and vary.”

O’Connell, an environmental anthropologist, is also co-leading a new research collaboration with disaster organizations and specialists, researchers from other universities and FEMA. The 10-member group will use surveys and interviews to examine COVID-19’s impact on eight communities previously affected by hurricanes. O’Connell and Katherine Browne, an anthropology professor at Colorado State University, had studied, during a two-year period, 30 Gulf Coast households affected by 2017’s Hurricane Harvey. They plan to contact those households about their experiences in the COVID-19 pandemic.

“We’re looking for potential hardships but also potential breakthroughs,” O’Connell says of the overall surveys and interviews. “We’re looking for areas of difficulty and hardship but potential adaptive ways that communities are working through things – some things that can be take-away lessons to strengthen our response to disaster.” 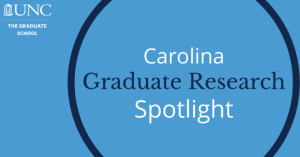 Roark’s research has discovered evidence of hardships and resilience, from a much earlier time. Her work centers on a time of many risks and challenges, including disease. She, too, sees evidence of how communities adapt to unexpected challenges. Her research, which received “best student paper” honors from the 2020 Middle Atlantic Archaeology Conference, used archaeological evidence from sites in the N.C. Piedmont to show that American Indians did not simply get sick and disappear. Although American Indian communities encountered and suffered from Old World epidemic diseases, they used existing knowledge and practices to treat symptoms and cleanse their surroundings and communities, she says.

“A common narrative you’ll find in history textbooks explains that Old World diseases decimated American Indian populations and wreaked havoc on their ways of life and culture, but this isn’t the case if you look at archaeological and ethnohistorical evidence.”

Humans are astonishingly resilient, Roark adds. She has seen this in examining artifacts and says she hopes the anthropology team’s student-focused survey will shed light on adaptive behaviors in the present day, providing valuable data “for how different communities experienced and responded to the challenges associated with COVID-19.”

Story courtesy of The Graduate School