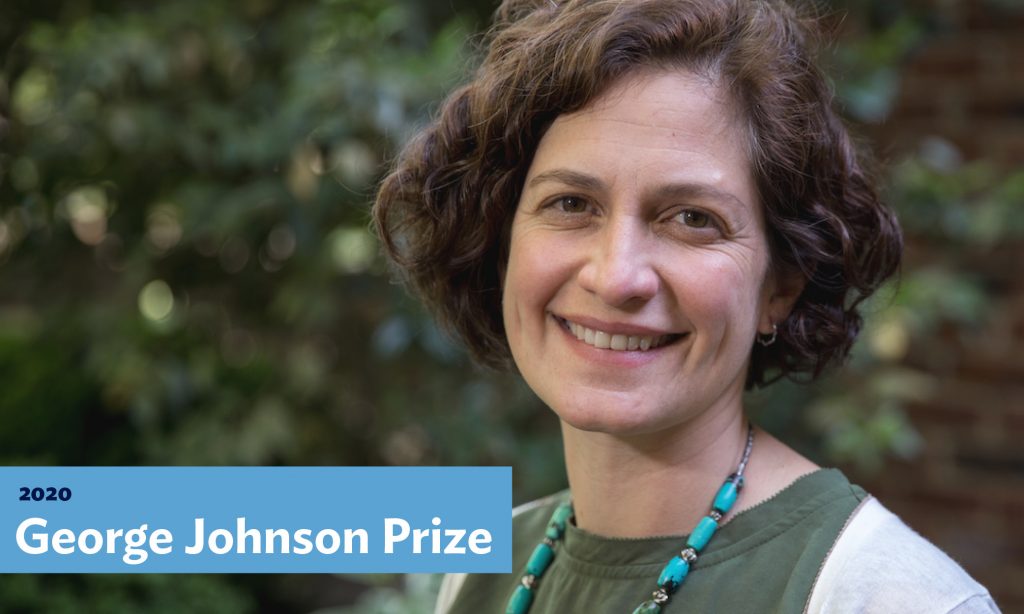 Elizabeth Olson, Professor and Chair of the Department of Geography at UNC-Chapel Hill, is the 2020 recipient of the George Johnson Prize for Distinguished Achievement by an Institute for Arts and Humanities Fellow.

In 2008, the IAH began granting the award to honor George Johnson, one of the Institute’s greatest ambassadors, while at the same time recognizing exemplary contributions by faculty in the arts, humanities, and qualitative social sciences. The biennial award provides the recipient $7,500 and a banquet in his/her honor. Due to restrictions surrounding the coronavirus, Olson is scheduled to give an honorary lecture in 2021.

Olson joined her home department at UNC in 2012. For the past eight years, she has focused her research on the understanding of historical and contemporary caregiving by young people in the U.S. and the future of care. Olson received her B.A. in political science and international relations from the University of Colorado, then continued on to earn her M.A. in political science and Ph.D. in geography at the same institution.

Olson was a Burress Fellow in the Institute’s flagship Faculty Fellowship Program during the fall of 2017. She became a Fellow in the Academic Leadership Program the following year. She has also been awarded the IAH Schwab Academic Excellence Award in both 2016 and 2017.

About Janet and George Johnson

George Johnson (’58) was a business major at UNC-Chapel Hill. His wife, Janet (’57), graduated with a degree in dental hygiene. Johnson is based out of Atlanta, Ga., where he owns a commercial real estate company. He is a dedicated alumni member and has served on many committees at UNC over the years, including the Institute’s Advisory Board.