Arturo Escobar, Kenan Distinguished Professor Emeritus of Anthropology at UNC-Chapel Hill, was elected to the 2021 class of  the American Academy of Arts & Sciences on April 22.

He joins a new class of 252 members. The honor recognizes the outstanding achievements of individuals in academia, the arts, business, government and public affairs.

Some 40 years ago, Escobar switched paths from chemical engineering and biochemistry to international nutrition and food science. He wanted to understand why hunger existed worldwide.

As he quickly discovered, the problem wasn’t a lack of food as much as control over food production. The issue was sociopolitical — based on a model in which corporations developed huge swaths of land and small food producers were shoved to the wayside.

Decades of globalization and economic development have exacerbated this disparity. What’s more, the result has been immense 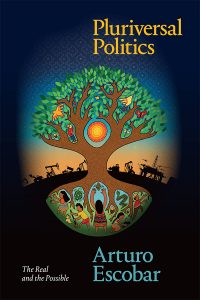 damage to the environment, he noted in a fall 2019 Carolina Arts & Sciences magazine story.

Finding ways to reverse that damage requires fundamentally changing the economic and political systems that created the problem in the first place.

Since Escobar retired from UNC’s College of Arts & Sciences in June 2018, he has directed much of his time toward designing a new model of sustainability for the Cauca River Valley — a 500-kilometer valley between two mountain chains — in his native Colombia.

In April 2020, Escobar published Pluriversal Politics: The Real and the Possible (Duke University Press). He is also the author of Designs for the Pluriverse: Radical Interdependence, Autonomy and the Making of Worlds and Territories of Difference: Place, Movements, Life, Redes — also published by Duke University Press.

“We are honoring the excellence of these individuals, celebrating what they have achieved so far and imagining what they will continue to accomplish,” David Oxtoby, president of the academy, said of the new members. “The past year has been replete with evidence of how things can get worse; this is an opportunity to illuminate the importance of art, ideas, knowledge and leadership that can make a better world.”

The academy was founded in 1780 to convene leaders from every field of human endeavor to examine new ideas, address issues of importance to the nation and the world, and to work together “to cultivate every art and science which may tend to advance the interest, honor, dignity and happiness of a free, independent and virtuous people.”

Escobar is the 40th member of the UNC-Chapel Hill faculty to be inducted into the academy.