Make a Gift
Home / Articles / In search of exoplanets

There are currently more than 4,000 identified exoplanets, and senior Madyson Barber is searching for more. Earlier this summer, she was one of two Carolina undergrads to be named an NC Space Grant Undergraduate Research Scholar. 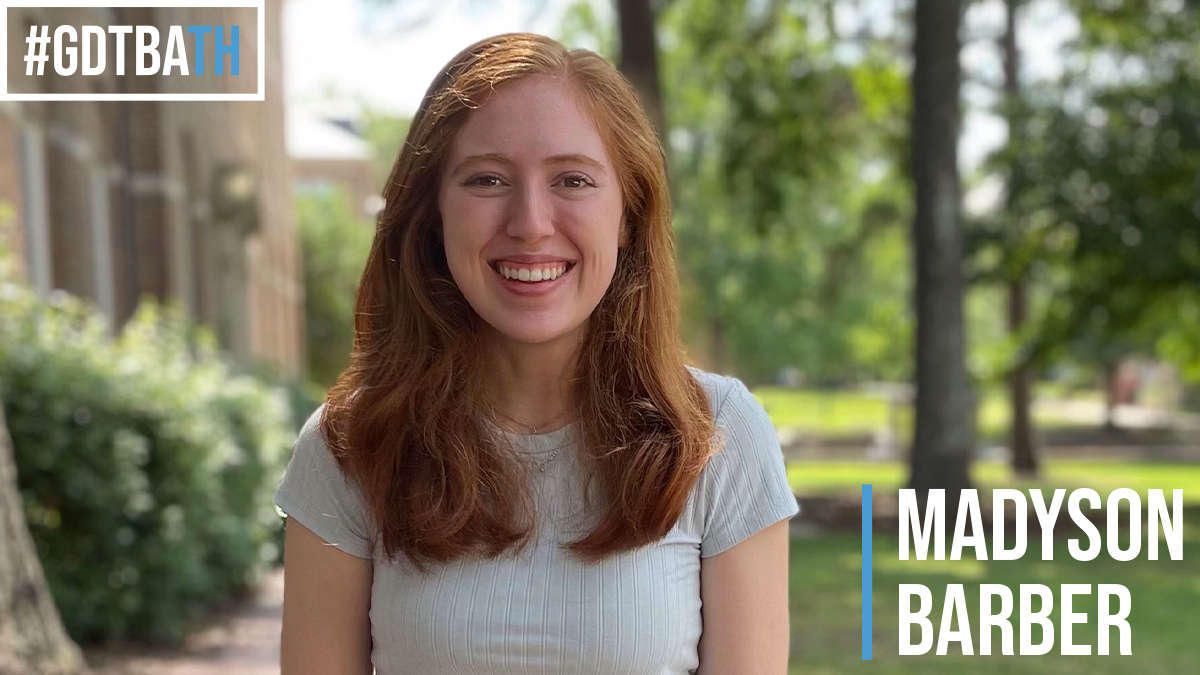 Although she had always been fascinated by the stars in the night sky, it wasn’t until Madyson Barber was a senior in high school that she got her first taste of the science behind the cosmos.

“We did one tiny unit on astrophysics, and I really loved it, and it took off from there,” says Barber, now a rising senior at Carolina. “We just touched on one thing I could learn about space, and it caused me to have so many more questions. So, I knew I wanted to dive deeper into that subject.”

Looking for the answers to her questions led her to UNC-Chapel Hill to study astrophysics in the College of Arts & Sciences and then to assistant professor Andrew Mann’s lab to research exoplanets — planets outside of our solar system.

Barber’s research took another step forward earlier this summer when she was named one of the state’s 11 NC Space Grant Undergraduate Research Scholars. She is one of two Carolina undergraduates to receive the distinction. Five UNC-Chapel Hill graduate students were also named Graduate Research Fellows.

The grant will allow Barber to continue her research on exoplanets. More than 4,000 exoplanets have already been identified, but the Tar Heel wants to find and confirm more.

“It’s about the possibility of other worlds being out there. There are billions of stars, and there’s a possibility that any one of them could have a planet around them,” says Barber, who is a Chancellor’s Science Scholar. “Just knowing that there could be another world like Earth or another world like any planet in our solar system is really fascinating to me.”

Working alongside Mann, Barber is specifically working to identify young exoplanets — a group that currently makes up between .5% and 1% of known exoplanets. By finding young ones, astrophysicists will be better able to understand planetary evolution. Barber is using survey data to find small, repeated dips in the star’s brightness over time. Those dips indicate that an object is orbiting the star, which could indicate a planet.

Barber hopes that her research on objects many lightyears away can provide critical knowledge that will improve lives here on Earth.

“There’s so much we can learn about physics from other worlds, like dark matter and all those other big questions,” she says. “Once we understand those, we’re able to understand better physics that we can apply to Earth, and the better physics we can apply to Earth means we can have more technology. We can have better engineering practices. We can elevate everything we have here. Astrophysics is not just studying space. It’s studying things that we could bring home.”

Though the chance to conduct research is what originally drew Barber to Carolina, she didn’t think she’d have the opportunity to do her own work and write papers as an undergrad. She figured making an impact in the field was something that would wait until graduate school.

“I was really excited to finally be able to work on questions that I had because you can only learn so much from a textbook. Once you get your hands dirty, you really learn the most,” Barber says.

For Barber, her new distinction as an NC Space Grant Undergraduate Research Fellow is proof that her work and the questions she’s been asking since high school have set her on the right path.

“It shows that I’m capable of doing research, that I’m capable of producing important research,” she said. “STEM is scary. It’s difficult, and you question if you can do it sometimes. Having somebody else validate your path and say, ‘Yeah, you’re doing good,’ feels really great.”