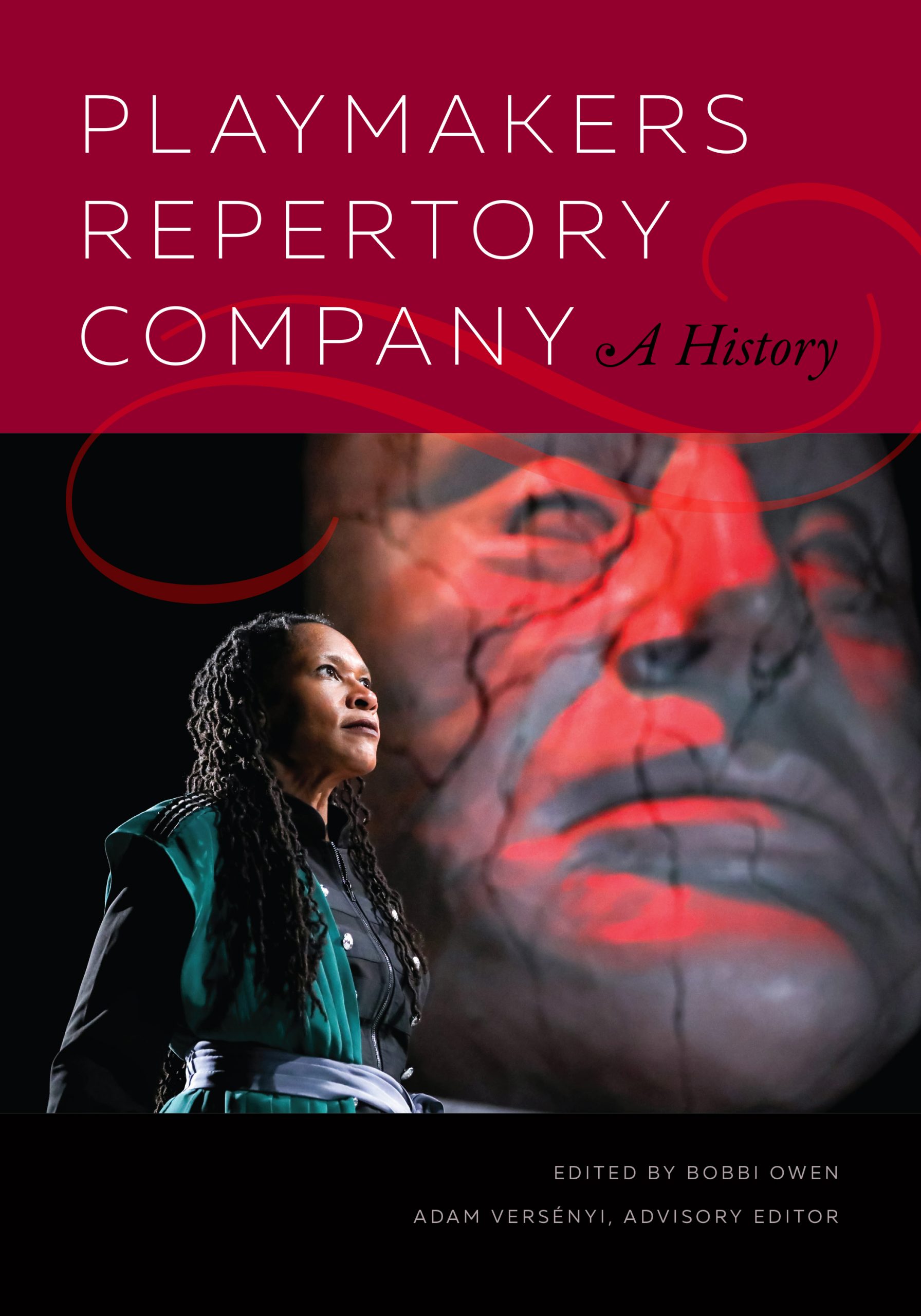 Owen: It’s amazing that PlayMakers Repertory Company began nearly 50 years ago — soon after I joined the faculty in 1974. The book documents that history, which is founded on the strong shoulders of theatrical activity at UNC dating back to 1918, when Professor Frederick Koch joined the department of English. It builds onward to the formation of the Carolina Playmakers and founding of the department of dramatic art in 1936. It chronicles the arrival at Carolina of Tom Haas, and the ways he and Arthur Housman envisioned a regional theater that was intertwined with an academic department, with faculty working in tandem with students. From the book jacket: “That combination of professional artistic achievement coupled with the highest quality theatrical training has characterized PlayMakers Repertory Company from the outset.”

Owen: I mainly write about theatrical designers — focusing on those people and their creative processes and inspirations. This book is also about the people who founded and then “grew” PRC into the successful theatrical enterprise it is today — while always maintaining the connection to the academic enterprise at the University as members of the faculty. And, Adam and I both hold much of that history in our heads (and file cabinets), making it appropriate as a topic. I am proud of having served for the entire history of PRC as resident costume designer while moving through the faculty ranks from assistant professor to distinguished professor.

Versényi: As a dramaturg, what I’m primarily interested in is how meaning is conveyed in performance. Frequently that involves a deep dive into the creative team’s creative processes and inspirations. The way that we as faculty in dramatic art are constantly moving between the classroom and production creates a dynamic that continually underscores how meaning is created in performance. Something happens in the rehearsal hall that I bring into class as an illustration of a point the next day, a question arises in the classroom that leads to a solution of a problem in the rehearsal hall the next day. The book chronicles how fruitful that symbiotic relationship between PRC and DDA has been over the years.

Owen: Walter Spearman’s book, The Carolina Playmakers:  The First Fifty Years (published by  UNC Press and recently reissued), was important inspiration for us as was the realization that PlayMakers was 40 years old, which was marked by producing The Crucible again in 2016. The Crucible was not the actual beginning of PRC but does mark the very important milestone of it becoming a LORT theater.

Owen: How many people were involved (and how much of it seemed like just yesterday). I counted (well the database did) 324 productions since the opening of Mad Dog Blues and 1,989 different individuals who received 6,977 credits — from acting to designing to managing. Wow! We were also surprised at how hard it was to find useful photographs (and to identify the people in them). Slides have not aged well!

Owen: I generally write at home. I like to proofread in the spacious reading rooms on the second floor of Wilson Library (COVID-19 aside), where it is quiet and conducive to concentration. I generally start writing with lots of research and find that what begins as some notes/outlines /bullet points get expanded upon and grow — magically — into sentences and paragraphs and chapters and books.

Versényi: I also generally write best at home, looking out the spacious windows of my study in Carrboro. When blocked I too turn to other things to take my mind off the problem at hand and just let the ideas arise — hiking, tennis, a good mystery or sci-fi novel.

Joseph Haj (MFA ’88), former PlayMakers artistic director and now artistic director of The Guthrie Theater, writes: “PlayMakers has been punching far above its weight class since the moment of its founding. This [book] … charts the organization’s importance as one of the leading lights in the American Theatre.”

Nominate a book we should feature by emailing college-news@unc.edu. Find previous “Bookmark This features by searching those terms on our website and add some books to your reading list by checking out our College magazine books page.