This fall’s cohort of first-year and transfer students is the largest and most diverse in University history. Here are some highlights.

They hail from 95 countries, 45 states and 94 of North Carolina’s 100 counties, with 36% of in-state students coming from rural counties.

And 19% will be the first in their families to graduate from college.

More than 200 of Carolina’s newest students graduated from schools served by the Carolina College Advising Corps.

Around one-third of the transfer students most recently attended a North Carolina Community College.

And the students in this new cohort are open-minded and educationally ambitious: 82% chose to attend Carolina for its welcoming and inclusive environment; 94% want to get better at leading, serving and working with people from different backgrounds; and 82% plan to continue their education after earning an undergraduate degree. 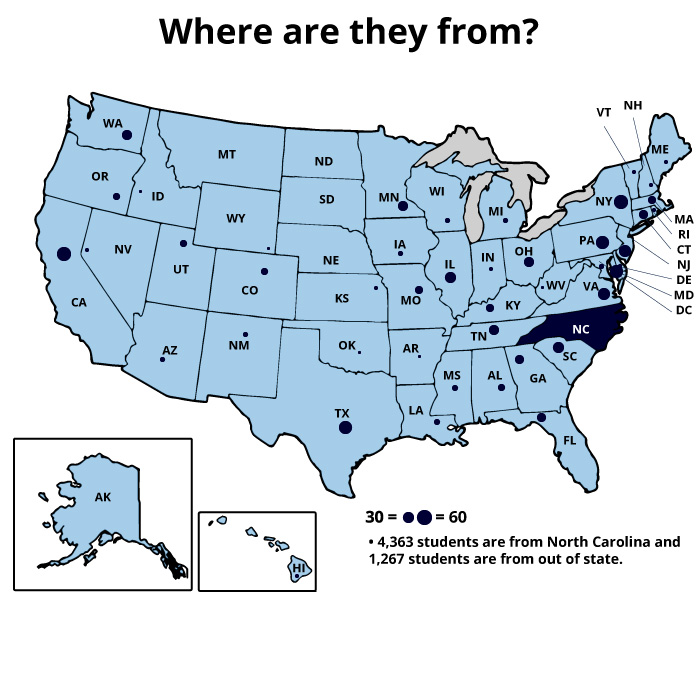 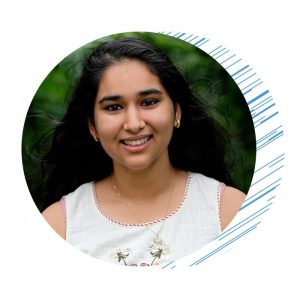 Three years ago, a close friend of Sharma’s family died due to Alzheimer’s, and she began seeking a way to help. Inspiration struck while she was reading a magazine.

“I read this article about living with Alzheimer’s and how hard it is, and on the right side was an ad for the latest FitBit. The two images converged in my mind. I thought, ‘What if you could predict Alzheimer’s with a smart watch?’ That’s one of the main research interests I hope I can continue at Carolina.”

“You can use it with any subject you want. For me, those subjects recently have become health, neuroscience and psychology. It’s brains, minds and computers. That’s the intersection I want to work at.” 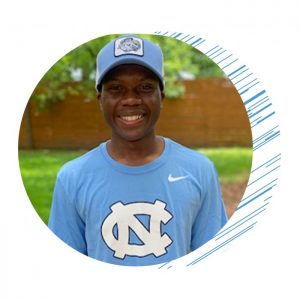 Jones arrived at Carolina ready to embrace all kinds of new experiences. That’s the only way he believes he’ll be able to accomplish his primary objective of college. 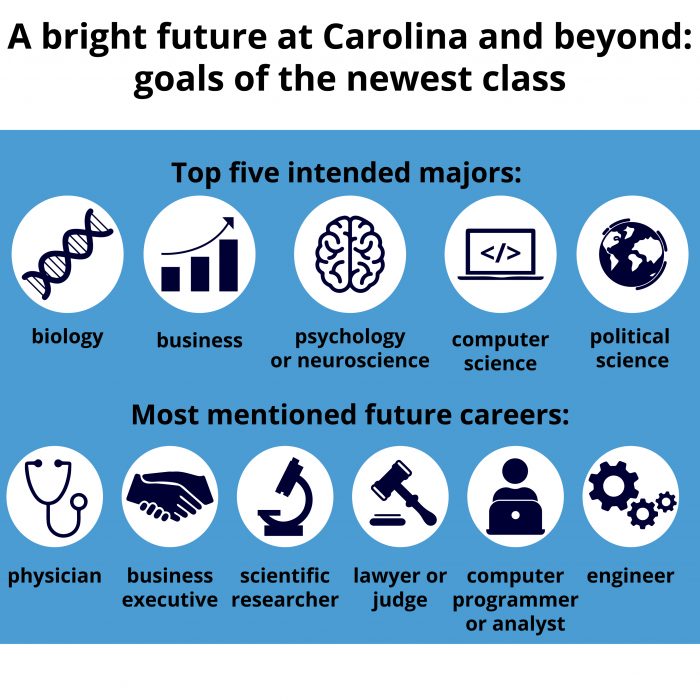 Infographics by Leighann Vinesett, The Well

Learn more about the newest class.