Americans ages 15 to 24 are twice as likely to die as their peers in France, Germany, Japan and other wealthy nations, while the infant mortality rate is up to three times higher in the United States. That’s according to a new report released today by PRB that cites violence, poverty and racial disparities as the primary drivers of high death rates and lower life expectancies among children and young people in the United States.

Dying Young in the United States: What’s Driving High Death Rates Among Americans Under Age 25 and What Can Be Done? provides the most comprehensive look at deaths among young Americans before the start of the COVID-19 pandemic. The report finds that injuries, suicides and homicides are the leading causes of death among children and young adults, and premature birth and congenital abnormalities are the top causes of infant mortality.

In 2019 alone, nearly 60,000 people under age 25 died in the United States, including almost 21,000 infants. Poverty, race/ethnicity, gender, parental education, family structure and regional location are important factors in mortality risk among young Americans, with children and young people in southern states at greater risk for early death, the report finds.

The research team was led by Richard G. Rogers, professor of sociology and fellow of the Institute of Behavioral Science at the University of Colorado Boulder, and Robert A. Hummer, professor of sociology in the College of Arts & Sciences and fellow of the Carolina Population Center at the University of North Carolina at Chapel Hill, with funding from the Eunice Kennedy Shriver National Institute of Child Health and Human Development of the National Institutes of Health.

“The death of a child or young adult is a tremendous tragedy for parents, for families and for our society,” Hummer said. “As the report shows, a significant number of young lives could have been saved through policies and interventions addressing safety and social and economic inequities, making these losses even more tragic.” 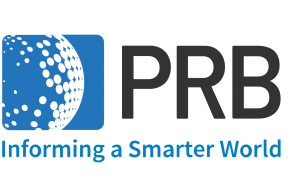 “We are publishing this report to inform policymakers and provide the data and evidence needed to prioritize social, economic and health policies and programs that could reduce the number of preventable deaths among young Americans” said Linda Jacobsen, vice president of U.S. Programs for PRB, a nonprofit that analyzes and publishes data on population and health trends.

While it’s too early to fully assess the impact of the COVID-19 pandemic on mortality patterns, the authors warn that growing mental health and substance abuse problems experienced by young Americans during this period could contribute to rising death rates in the wake of the pandemic.

Other key findings include:

To reverse these trends, the authors recommend reducing child poverty through direct payments and expanded tax credits, alongside funding for child care, preschool, housing, nutrition and health care. They also call for addressing racial and ethnic barriers to improve access to quality health care and reproductive health programs. Improving treatment for and prevention of mental illness and substance abuse, as well as enacting broad safety measures related to guns and gun ownership, could also save many young lives.

“Immediate and aggressive action is needed at both the federal and state levels to stem death rates among those under the age of 25 in the United States,” Rogers said. “More purposefully supporting infants, children, young adults and young families is an essential way to ensure a brighter future for all Americans.”