William Sturkey, a historian in UNC’s College of Arts & Sciences, has won the 10th annual Zócalo Public Square Book Prize for Hattiesburg: An American City in Black and White.

The prize honors the author of the U.S. nonfiction book published in the previous year that best enhances our understanding of community and the forces that strengthen or undermine human connectedness and social cohesion. 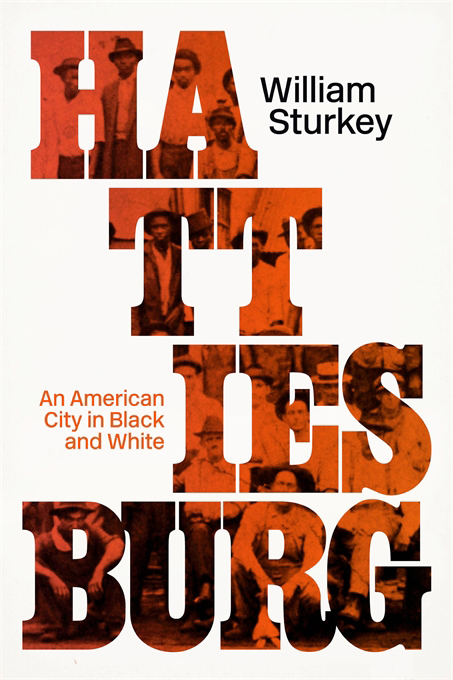 The judges found in Hattiesburg “a finely woven microcosm of American society as a whole [that] points to the immense work still ahead to make it into a more perfect and just union.” The judges particularly recognized Sturkey’s achievement of “a rich and deeply nuanced account of the development of the white and black communities of Hattiesburg, Mississippi, under the apartheid system of Jim Crow.”

Sturkey’s book describes the ways in which the African American community of Hattiesburg found strength in one another and the institutions they built. This will also be the subject of Sturkey’s Zócalo Book Prize Lecture: “How Do Oppressed People Build Community?” He will deliver the lecture and accept the prize during a live event streaming on Zócalo’s YouTube channel on May 20. Jai Hamid Bashir, winner of the ninth annual Zócalo Poetry Prize, will deliver a public reading of her poem “Little Bones” prior to the lecture.

Zócalo spoke with Sturkey about the research, themes and structure of Hattiesburg.

What was the first spark of the idea for Hattiesburg?

Out of all the stories in the civil rights movement, the first day of Freedom School in Hattiesburg, Mississippi, is one of the best. That day, July 2, 1964, is also the same day Lyndon B. Johnson signed the Civil Rights Act. Over 500 students come the first day and these kids are just amazing. They’re just beaming. They’re clapping and they’re singing, and they want to be part of the movement. The group is so diverse that one of the people who attends is actually an 82-year-old man; he said he just wanted to learn how to register to vote.

I wanted to tell stories of the civil rights movement, and that story really drew me in because it was about these everyday actors we don’t always hear about and also young people who were envisioning what the rest of their lives were going to be like. I sat down and started thinking about, “OK, where does this come from? Where does this energy come from? Where do these black churches come from that they can draw this response among this disadvantaged population?” And ultimately answering that question became the book.

The book’s chapters alternate between the stories of Hattiesburg’s white residents and its black residents, with the latter focusing on one family, the Smiths. How did you come to the book’s structure and focus on individual people?

The structure of the book comes from a dissatisfaction I had with reading about race in the American South. It was always either one side or the other, and everybody else was static. So I’ve read a lot about the extremist politicians and the anti-desegregation rhetoric. And I’ve read a lot about the civil rights movement. And it seems like, in many of the books, they’re sort of fighting against this nameless, faceless enemy that never changes. I mean obviously people are just more dynamic than that. And so I really wanted to place the two in conversation with each other to understand how this dance sort of worked. I think in terms of the racial struggles in this country, it’s important to take seriously, even those people that we, in hindsight especially, disagree the most strongly with.

Were you surprised to find yourself writing so much about the economics of Hattiesburg?

It surprised me quite a bit. We often think of the South during Jim Crow as this static, unchanging environment that had been the same since Reconstruction. But it was so much more dynamic than that, and if you look at how the society developed in cities like Birmingham and Hattiesburg and Durham, North Carolina, it makes race look a lot different than it did on the sharecropping farm. It was really interesting to me when I started to look at the white perspective—and think about ways that local white leaders began to struggle—to really think about how economic history could affect racial history and how it could affect racial change even outside the parameters of a social movement.

What was the unique strength of the black community in Hattiesburg in the Jim Crow era?

It’s a tricky one to tease out, but one of the strengths was the way in which they were all pushed together. Because the society was so segregated, if you were black and you wanted to be a leader, the only avenue to do that really was to uplift your community or to lead your neighborhood in some way.

What lessons can we draw about community or cohesion today from your research?

I think it’s really important to think locally. None of us are helpless. If these people can build what they built to lay the groundwork for the civil rights movement against these incredible odds, then I think it can be encouraging or inspiring for many of us to think about what we can do in our own neighborhoods to ensure a better future for our children and their children.

One of our judges commented that your book has “a wistful quality, a sense of a bemoaning the social cohesion lost with the legislative progress and ‘iconic victories’ made through the movements that led to the end of the Jim Crow South.” Why did that wistfulness arise and how did you discover it?

I would have never known about that nostalgia had I not lived there. It was so fascinating to me the way that people talked about the community that existed because of racial segregation. And they were really nostalgic for parts of that. And you can get that if you realize how much they felt like they were part of that community throughout their entire lives, and they felt they were protected in some ways and empowered in many others.

I think part of that nostalgia also relates to some of the debates that we’re having about southern memory. Our region is undergoing this complete reckoning, if you will, in terms of our past. Black communities have just as much history as southern white communities, but black people weren’t allowed to put monuments in the town square and glorify their ancestors in the same way. We don’t celebrate the history of those communities in the same way that we celebrate the history of white communities that are subsidized by the government.