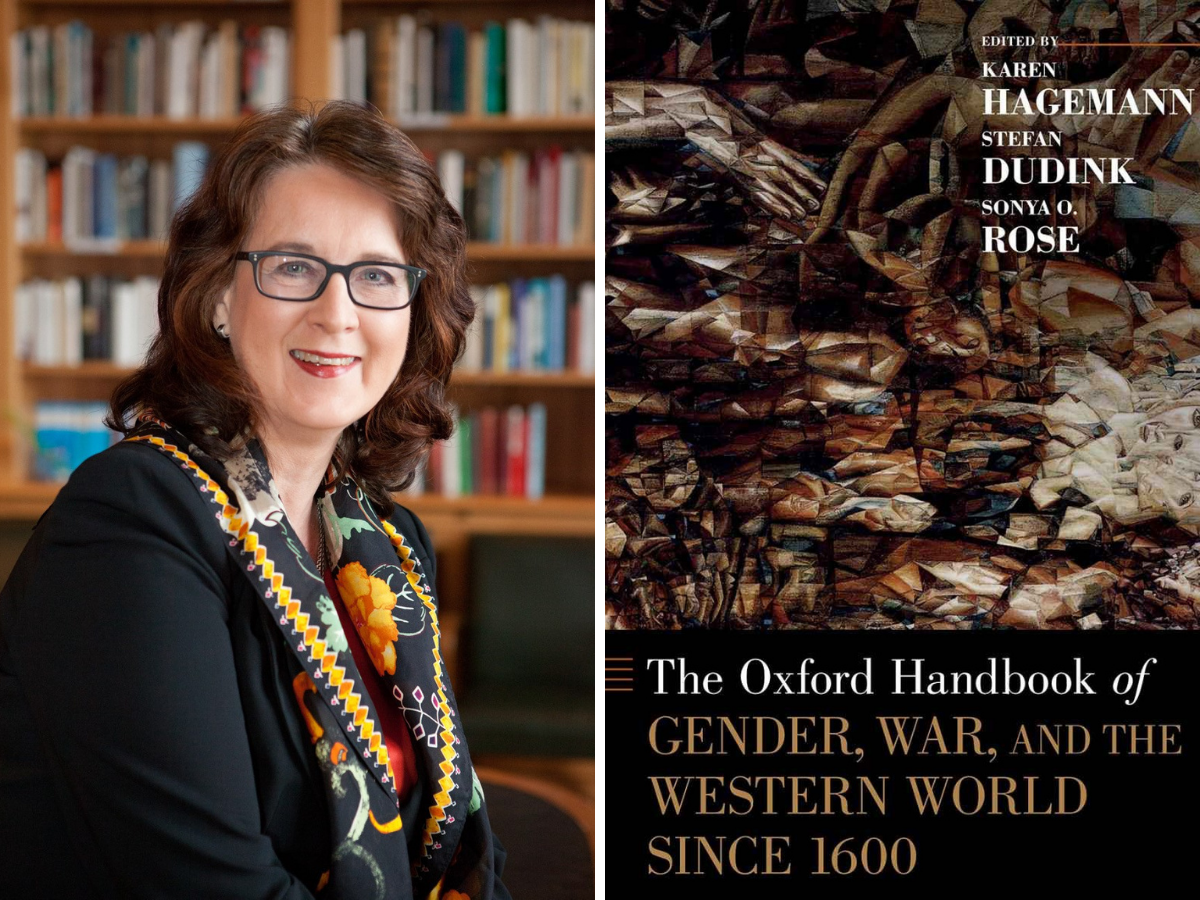 A: Even to date, most of the history of military and war is disregarding the complex interrelationships of gender, war and the military. The Oxford Handbook of Gender, War, and the Western World since 1600 investigates how conceptions of gender have contributed to the shaping of war and the military and were transformed by them. Covering the major periods in warfare since the 17th century, the Handbook focuses on Europe and the long-term processes of colonization and empire-building in the Americas, Asia, Africa and Australia. Thirty-two essays written by leading international scholars explore central themes in a transnational perspective including: the cultural representations of war and the military; war mobilization; war experiences at home and on the battle front; gendered war violence; and the aftermath and memories of war. Essays also examine movements to regulate and prevent warfare, the gendered consequences of participation in the military for citizenship, and challenges to ideals of Western military masculinity posed by female, gay and lesbian soldiers as well as colonial soldiers of color. In this way the Handbook explores the intricate relationships between gender, warfare and military culture across time and space.

A: Since the early 1990s, one of the main fields of my historical research has been the interrelatedness of gender, military and war. This handbook fits squarely within my areas of interest and expertise. I started to work on the subject 30 years ago, because I wanted to demonstrate the importance of gender for the male-dominated field of the history of military and war. Most male military historians completely ignored how gender informed military and war. They also paid little attention to the effects of military and war on the thinking about gender, or the lives and work of civilians. Conflicts usually have a long-term aftermath in postwar societies, with different effects for various groups defined by perceived differences in terms of gender, class, race, ethnicity etc.

A: The frustration, that after 30 years of widely published international research by women and gender historians on the military and war, many scholars and teachers of history still ignore the importance of “gender” for the subject. They do not understand that the culturally and socially constructed knowledge about gender differences refers not just to ideas, cultural representation and practices, but also to economic, social and political structures and institutions; laws and regulations; social movements; everyday behavior; and collective and individual identity formation. In short, that it refers to everything that helps to shape political, economic and social relationships in peace and war. This was also the reason why I initiated and developed, together with a team of UNC graduate and undergraduate students, the public online database GWonline, the Bibliography, Filmography and Webography on Gender and War since 1600.

A: The first surprising insight was to which extent the military and economic needs of waging a war successfully required the support of women during all four centuries we looked at. Only the forms of support and involvement of women in military and war changed. They developed from the early modern camp followers to the modern female auxiliaries, nurses, doctors, soldiers and partisans. The second surprising insight was the general importance of gender for the reorganization and reconstruction of postwar societies. Wars usually destabilize the traditional gender order in everyday life practices and expand the space of action for women, because they are needed for the war support. This makes it all the more important after a war for male-dominated governments and societies to attempt a restoration of the old hierarchical gender order. This is, however, not an easy task and often not possible because of the transformative war experiences of men and women.

A: I prefer to write in my home office with all the secondary literature and primary sources I need piled up around me. Usually, I think for quite some time about the title, structure and main arguments of a text before I start to write. This is the most challenging stage. But when I have the outline, I usually can write with ease. I write best when I can work every day on a project and can start in the morning with the reading and editing of what I have written the day before. This helps me to get into the flow of writing.

Karen Hagemann is James G. Kenan Distinguished Professor of History and adjunct professor of the curriculum in peace, war and defense. Stefan Dudink teaches gender and sexuality studies at Radboud University Nijmegen, the Netherlands. The late Sonya O. Rose was professor emerita of history, sociology and women’s studies at the University of Michigan, Ann Arbor.

Nominate a book we should feature by emailing college-news@unc.edu. Find previous “Bookmark This” features by searching those terms on our website, and add some books to your reading list by checking out our College magazine books page.